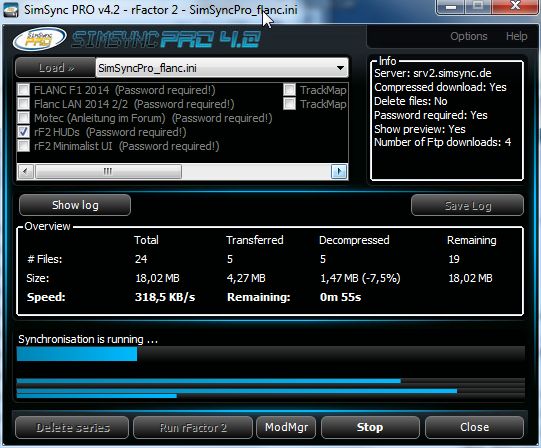 Thanks to Fabio from FLANC.ch, we were able to fix a major issue in SimSync PRO.
There for we are proud to announce the new service release of

This release fixes the “Remove unused files” feature. This issue was broken in older reases, which means that SimSync PRO didn’t remove the unused files (if configured to do so), even if eveything was setup correctly in the back end.

This update is also available via autoupdate.