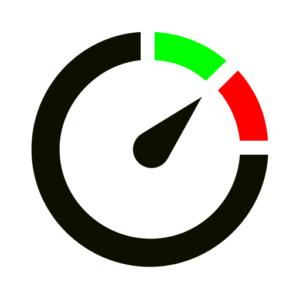 As from today, the speed limits of the “Basic” and “Pro” packages have been removed at no additional cost. That means, the sync will now be as fast as possible as the other packages already have been (depending on the users connection and the load of the servers). 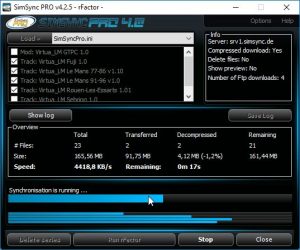 Today we released SimSync PRO 4.2.7. The new version fixes an issue with Assetto Corsa, which crashed when started directly via SimSync PRO. Thanks to user Quattro from league Simracing-United.net who reported this issue. Download is available via Autoupdate and from this website:

We have just released SimSync PRO 4.2.6 to the public. Some users had an issue with rFactor 2 files not being deleted. This happend because the file “data.path” in the core folder of rFactor2 contained only a relative path or a . (dot) only. Another issue broke the “Save as” feature of the “Preview filelist” window.

Today we have released SimSync PRO 4.2.5 This release contains a fix for those using it with IRacing on a 64bit machine. IRacing changed the name of some files on 64bit computers, where SimSync PRO was relying on. That rename resulted in a “This software must be installed in the root directory of the game!” error

We are proud to annouce the re-launch of our new website. The old website and especially the underlying software was already quite old and not “State-of-the-Art” anymore needed a complete overhauling. We switched from the e107 CMS system to WordPress, a leading authoring system. We were able to migrate all users, forum topics and replies 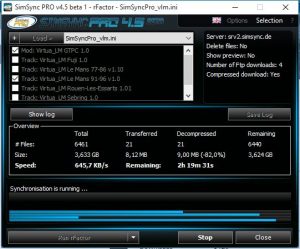 We are very proud to release the first beta version of our upcomming SimSync PRO client. The new version comes with plenty of new features like support for Readme files, display of changelogs, a zoomable and filterable series list, series context menus to view readme/changelog and to delete a series and a feature called “DirectJoin”. 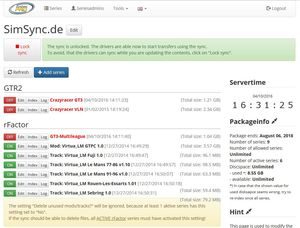 We are proud to announce the release of our new WebSync. The WebSync has get a complete overhaul is now compatible with mobile devices. Besides of the visible changes, a few improvements have been added under the hood. For instance, you are now able to define the language of the website on your own. But 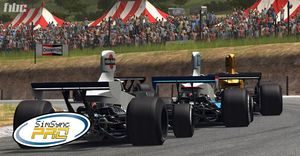 One of the main novelties of F1 Brazil Club (F1BC) for the season 2016/2 is download technology to its special content – Mods, circuits and carsets. The club has partnered with SimSync, the world’s best simulators manager, which is able to download all updates to detect and install them with just three clicks, an amazing 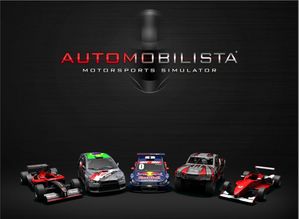 We are proud to announce, that we have added Reiza Studios highly anticipated game Automobilista to the list of supported games. www.game-automobilista.com/ wrote … In addition to the content already present in Stock Car Extreme – all of which comprehensively upgraded – AUTOMOBILISTA turns it up to a new level by adding all the new

Due to an hdd failure on our server 2, this server stopped working and wasn’t available now for a day or two. This hdd is replaced now with a new one and data is restored now, which means that server is going online now again. Sorry for any inconvinience occured and thanks for your trust!

… I just want to say that apart from a few early teething problems while people got used to the software the service has been excellent and a worthy addition to our leagues operation. Mis-matches and other file related issues have been non-existent this season, which is a very welcome position to be in. I hope we can look to roll this out further into our wider league structure in the coming months.