When updating files on server - it downloads all again...

Like subject....
Updating maybe 2 files, but program think that all have been updated...is this a problem with the ftp program or what?? 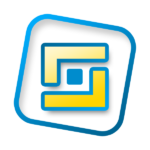 Hard to answer.
If you have uploaded more than this 2 files (but only this 2 where modified) than yes, this may be due to your ftp client. Check if the client has an option to "keep the timestamp" of the uploaded files.
Another possibility could be that this series hasn't been indexed for a very long time. As you might remember, we had a big crash last year and the files we were able to recover had lost their original timestamp. Due to that, after indexing all files have been considered as "new/modified" because of the changed timestamp, which results in re-syncing all files...

Okay will try and see if ftp program has this "keep the timestamp" set correctly, and will do some testing...